As seen on My Nintendo News, New York based programmer Ben Midi has created an HTML5 Game Boy emulator for smartphones. The emulator has thirteen titles and can be played on your Android or iPhone browsers. The emulator comes with the classic Game Boy look with the actual button configuration. Just head on over to this link to start playing! 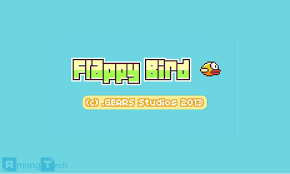 During a press event held in New York,  Instagram announced a new sharing feature called Instagram Direct. This will allow users to share images and videos to other users privately. I just received the update and I must say, I am pretty impressed with this new feature.

In this very awesome video that I found on 9to5mac, Instagram showcase’s its new feature and how simple you can send direct photo or video privately to anyone you please.

Last month the company announced Sponsored Photos and Sponsored Videos would begin appearing in people’s feeds. The photo was released on their facebook today. It shows a man sitting at a table drinking coffee with an Instagram logo on what seems to be a Macbook. The sponsored icon above the photo is where you can go to get more information on the advertisement. Ads will start rolling out onto peoples feeds in the coming weeks.